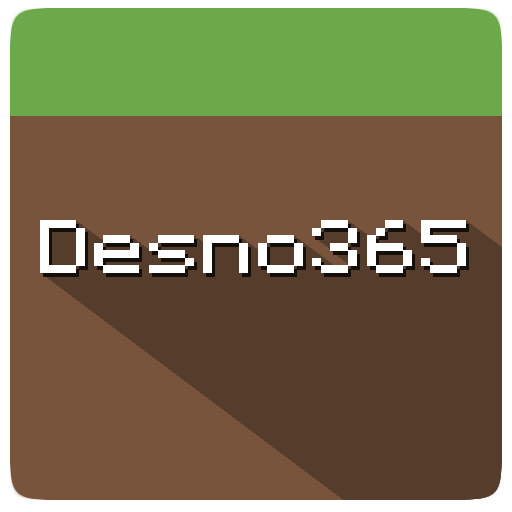 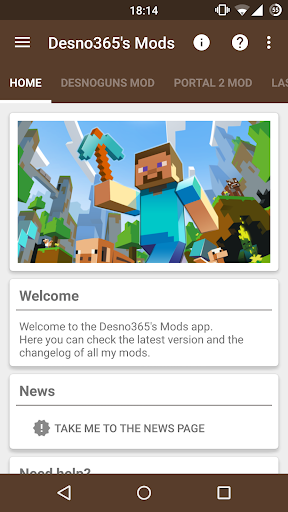 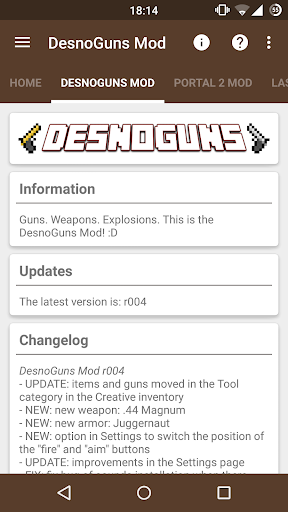 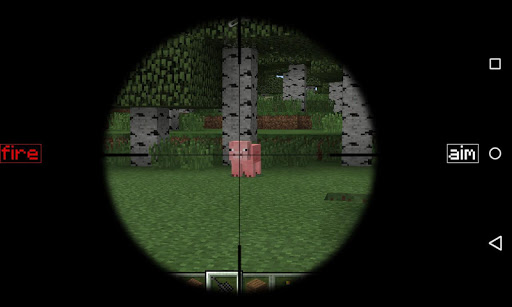 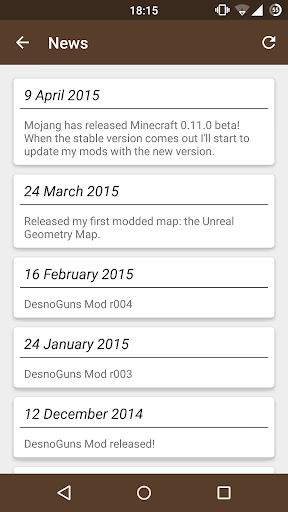 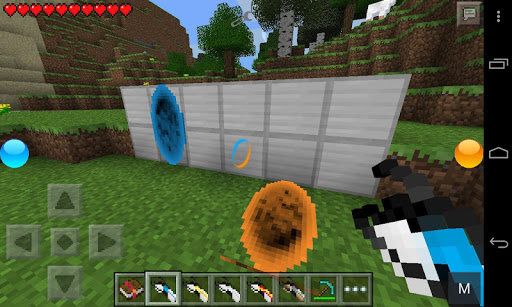 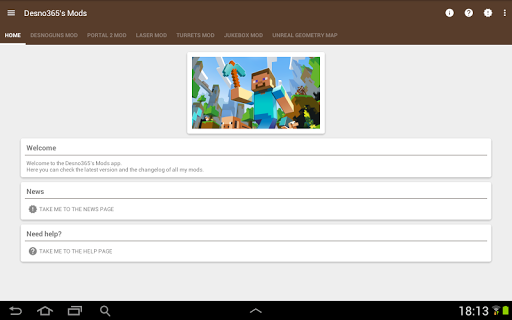 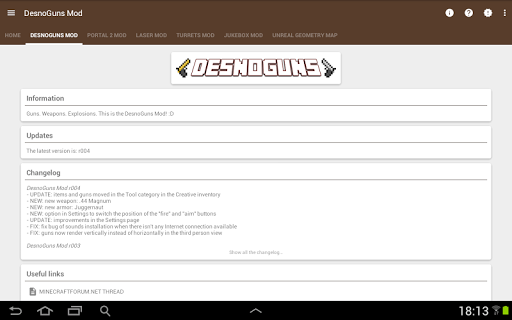 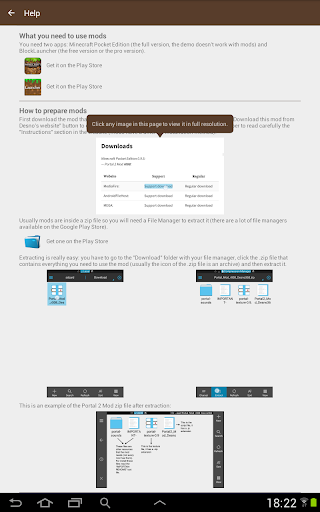 With the "Desno365's Mods" app you can check the latest version and the changelog of the MCPE mods made by Desno365.


These mods are made for Minecraft PE and of course you need also BlockLauncher to use and install mods.


The mods for MCPE available in this app are: DesnoGuns Mod, Portal 2 Mod, Laser Mod, Turrets Mod and Jukebox Mod.


Portal 2 Mod:
This mod tries to bring the features of the famous PC game “Portal” in Minecraft Pocket Edition.
With this mod you can craft the Portal Gun and then shoot!
You can teleport yourself everywhere with these portals.
There are five different Portal Guns with different characteristics.
In this mod you can find also other items taken from the game “Portal”: GravityGun, Long Fall Boots, Jumpers, Gels. And many other features will come out in future updates.


Turrets Mod features:
• Craft a turret and place it where you want, then make it aggressive with the “Turret options” item and the turret will start to shoot every selected mob that come in his range.
• There is an option to change the name of the turret.
• Protect your home with your turrets! ;)


Jukebox Mod features:
• There are twelve different discs with twelve different songs (songs are ported from Minecraft PC).
• Tap the jukebox with a disc and it will start playing the chosen song.
• Greater the distance between you and the Jukebox, lower the volume of it.
• Support multiple jukeboxes that play simultaneously.
• There is a random chance of finding a disc every 30 kills of hostile mobs.
• Tap the Jukebox to eject the disc. When the song ends the disc will be ejected automatically.
• The Jukebox block and the discs are also in the creative inventory.
• The crafting recipes of the Jukebox are the same of the PC version.


Unreal Geometry Map:
This map and the mod attached bring the Non-Euclidean geometry on your mobile device!
Experience the craziness of an unreal world, in a normal/Euclidean game like Minecraft.


• NOT AN OFFICIAL MINECRAFT PRODUCT. NOT APPROVED BY OR ASSOCIATED WITH MOJANG.
View more »

v 2.4.0
=========
- UPDATE: help section updated and improved
- UPDATE: removed the Turrets Mod since it has been discontinued
- UPDATE: added Ukrainian